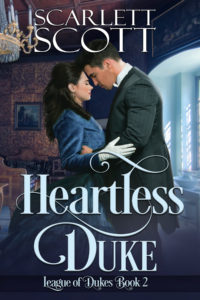 It’s release day for Book Two in the League of Dukes series, and I’m celebrating with a fabulous party in my reader group featuring giveaways galore and a FREE BOOK for everyone!

I hope you have room on your e-reader for Leo, the Duke of Carlisle and Bridget, the fiery Irish rebel who steals his heart!*

Reasons why you should read Heartless Duke:

1) You need a sexy, brooding duke in your life.
2) The bathtub scene.
3) You’ve been dying for the Duke of Carlisle to lose his heart.
4) Kick-ass heroines are your cup of tea.
5) Scorching bedchamber shenanigans.

Have I convinced you yet? Here’s the blurb… 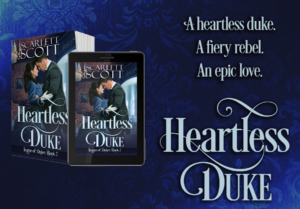 But he’s about to meet his match in his latest prisoner.

(*Note to my paperback lovers: This WILL release in paperback, but production delays in the paperback version of the cover mean it won’t be available immediately. Bonus: it’s coming to audio April 30th!)

Brainstorming walk while I work on Winter’s Walt

Happy holidays from my family to yours! ❤️ #tt